Wake me up in the middle of the night…

Gratitude, and the Most Peculiar Things 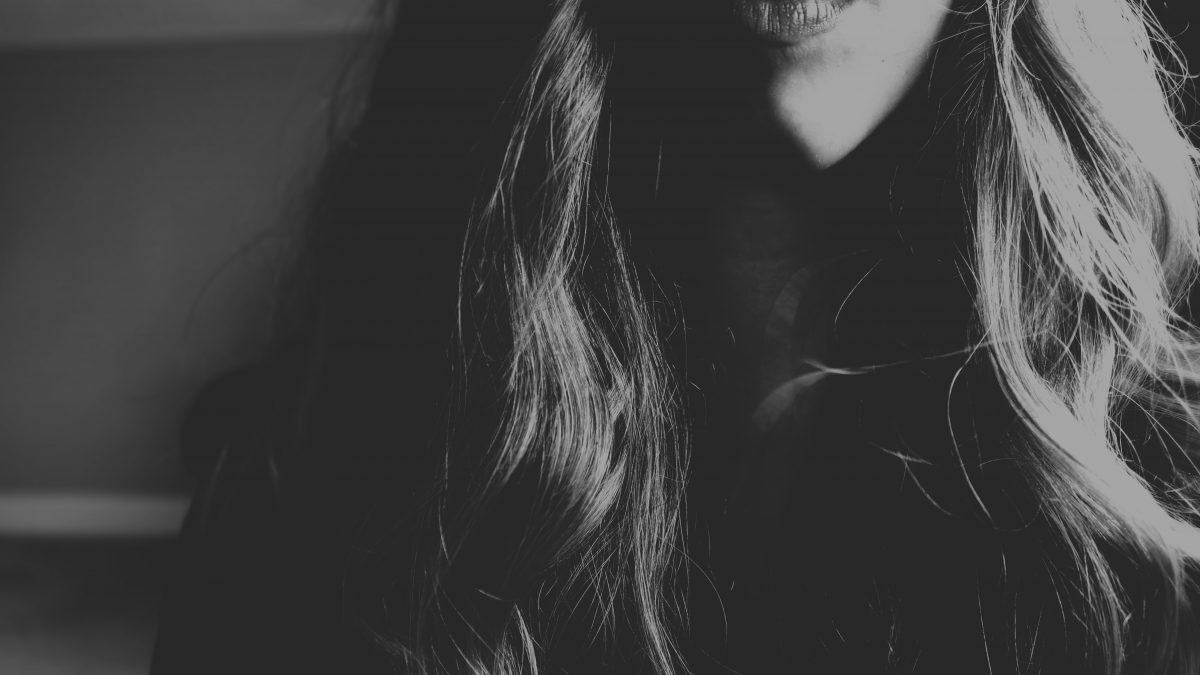 No pink ribbons, no red ribbons, and no yellow bracelets. Girls, like women, want to talk. Need to talk. But that was not allowed back then. Shh! It was taboo. Inappropriate to speak of out loud. So, no one talked. Only in hushed voices. Whispers behind closed doors. Personal journals and secret diaries were covered in pages of blurry ink, stained by tears. My journal was no exception. I had no one. There were no ribbons for me –  for anyone.

I remember sitting on the couch with my mother, watching a movie about a woman with breast cancer. It was controversial. People were outraged. It did not belong on television. The main character had a mastectomy. She was the one suffering, but her husband thought it is all about him. He didn’t want to touch her. He was not sexually attracted to her anymore. The selfish son of a B left her!

I was devastated. That image was sealed in my memory. I was convinced. No man will want me. He will leave me, leave me for someone who is “real.” I became obsessed. Like Pinocchio, I wanted to be a real girl, a real woman. It didn’t matter a damn that the character in that movie found true love in the end. This other, wonderful man didn’t care that she had one breast. She lucked out, I had thought. I would never be that lucky. But I was wrong.

Fast-forward to late November, 1990. Steven Paul Lazenby wanted to marry me, but I was still carrying a secret. If I told him, he might leave. So instead, like the coward I was, I handed him a personal essay I had just written for my English class.

It was a cold October night, and the first signs of snow appeared like crystal on the windshield of the little VW Rabbit. I pulled the scarf around my neck a little tighter and turned up the heater. Driving in the snow made me nervous, so I welcomed the chance to sit in the passenger’s seat. Within minutes we had finished winding up Provo Canyon to a small open area. Wade turned the car around and the lights of the city below glistened through the snow flakes. He put the car in park, and we sat for a few minutes in silence.

We had been talking most of the evening in my living room about our experiences growing up and all the trials we had overcome. The subject of my past came up, and both of us felt quite emotional. I had told Wade a long time ago about the life long side effects of cancer and about all of my hospital experiences, but a few of his questions were too personal to share in front of five giggling, clueless roommates. The steep canyon seemed like a peaceful haven for serious talk and far more private than apt. #N102. Finally the silence broke.

“Can you tell me more about your life with cancer?”

Suddenly my heart skipped a few beats. I had told him everything about chemotherapy and the frightening experiences in the hospital. He knew all about my hair falling out and the various complications with other illnesses. He had also heard time and time again how the power of the priesthood was responsible for saving my life. But deep inside, I felt an ache. There remained one thing I hadn’t shared with any man. I couldn’t share it. The fear swelled up in my throat and suddenly I wished we hadn’t come to this place.

“Lara, you know it doesn’t matter to me that you can’t have children. Some day you’ll be a mother and adopt. Those children will be yours. You will make a wonderful mother,” his gentle words brought tears to my eyes.

He always knew what to say to help the sting go away. It wasn’t as difficult as I had thought it would be to tell him about my inability to have children of my own. I have known since I was fourteen, but it had always remained a very emotional subject with me. Telling Wade had been one of the biggest stepping stones of my life. He always stressed the fact that it didn’t matter to him; something that I had always thought meant everything to a man. But tonight I was afraid to talk to him about it. I felt like talking would reveal my greatest fears, and I was in no condition to confront them.

“Tell me about your medical past, Wade!” I blurted out in the hope that we could turn the conversation around.

He then proceeded to tell me about his appendix and his ugly scar. He had already seen my huge scar from having my spleen and appendix removed, so he showed me his. He then went on counting various scars, some from surgery and others from typical boyhood rough-housing. We laughed at some of his wild stories. Then he asked me how many I had.

Without thinking, I said with pride,”Eight scars!” Then proceeded to explain where and why. “Well, there are the scars on my feet from a surgery I had when I was eight years old. I stayed awake the entire three hours.” Wade nodded, remembering the time I had told him about my “Jesus Feet.” as I had called them when I was little.

“Then there is the one on my hip and the huge, ugly one on my stomach. Of course this one here on my neck is where they found the cancer. I still can’t believe they thought it was an allergic reaction to the cat! Then there’s this one on my hand when I sliced it open in a field while being chased by a huge dog, of some sort.” All these Wade had heard before. Suddenly his face looked puzzled.

“That’s only six. Where are the other two scars?”

My heart stopped. I could feel the blood burning through my entire body. Why did I say eight? How could I be so stupid? My mind raced around trying to find an escape. There was none. A feeling of hopelessness encompassed me.

“Oh, it’s nothing. It’s really not worth mentioning.” I could tell it wasn’t fooling him. Wade knows me too well.

“Well…” there was a long pause. It’s kind of personal.” There was a deadly silence so loud it rang in my ears. All of my deepest fears now sat in front of me. I felt totally exposed and vulnerable. I had feared this moment my whole life and had tried to think of every possible way I would have to confront it. Never in my life did I think it would be like this.

“I think I know where the other two scars are.”

Suddenly my fear turned to anger and I looked Wade right in the eye. “Oh really! And where is that? Where do you think the other two scars are?” my voice raced wildly. “Where?”

Wade’s eyes looked down to the stick shift and softly muttered, “I don’t want to say.”

This is it, I thought. It’s here. The moment I’ve dreaded my entire life. I was right all along. No man can love me! I have always known deep inside my heart that I can never be totally loved, not totally. And now the proof is here, tonight, happening right now. I have lost Wade because now he knows the truth.

“Does it matter to you?” my hurt voice broke out. “Tell me Wade, does it matter? Does it change the way you feel about me?” the tears burned my eyes.

“Of course it doesn’t matter to me Lara! I love you.” He tried to put his arm around me, but I jerked away, hitting my elbow into the car door.

Suddenly, and without realizing it, I told Wade what I had never been able to share with any man before. I don’t remember what I told him first. It could have been all the times I had been teased about being flat chested in front of my classmates. Or, it could have been the years I put lambs wool from my pointe shoes into my bra. Then again, it could have started when I found out I couldn’t have children and would never develop on my own, so I was put on birth control hormones. Somewhere in between all that, I remember crying about the times I had to see a shrink because I thought I was neuter after having seen a pet shop commercial.

I told him how I hid from people because they were always looking at my “flat as a board, never been nailed” chest. I also told him how much I had hated my younger sister of three years because she was miles ahead of me physically; and my mother, who couldn’t understand why I would rather die than live in a fake body.

Finally, I got the courage to lift my watering eyes from my wringing hands and look at Wade. To my surprise, he caught my eye immediately. I expected to see distance in his eyes, even a little disgust, but I didn’t. Instead, I saw tears of pain and love. Slowly and cautiously, I finished telling him the rest of the story behind the two scars.Wade slowly put his arms around me as I buried my face into his down jacket and sobbed.

“Lara, you are a beautiful woman. You are. Don’t ever think that you aren’t again,” his words of tenderness made me cry even harder. “I still love you. That hasn’t changed. If anything, I feel closer to you because you’ve shared this with me,” he held me tighter.

An overwhelming feeling came over me and I wasn’t afraid anymore. “You mean it doesn’t matter to you that I’m fake?”

“You’re not fake. There is nothing fake about you. Nothing.”

Never in my life had I ever felt such unconditional love. My heart swelled and my insecurities vanished away. For the first time in my life, I felt like I could be loved, totally. I finally realized that I am a woman, not half a woman or a neuter, but a whole woman. It was hard to believe at first, but it was true. He really didn’t care. It didn’t matter to him at all.

As we sat in that tiny car overlooking the lights of the city, now clouded by snow and fog, a feeling of peace encircled me. My whole life had been clouded by two scars which seemed to outrank all the others. They had separated me from the world for so long that I wasn’t quite sure what to believe. Just then, I looked at Wade’s face and he smiled. I looked once again out the window. As the fog lifted from my eyes, so did the burden of the other two scars.